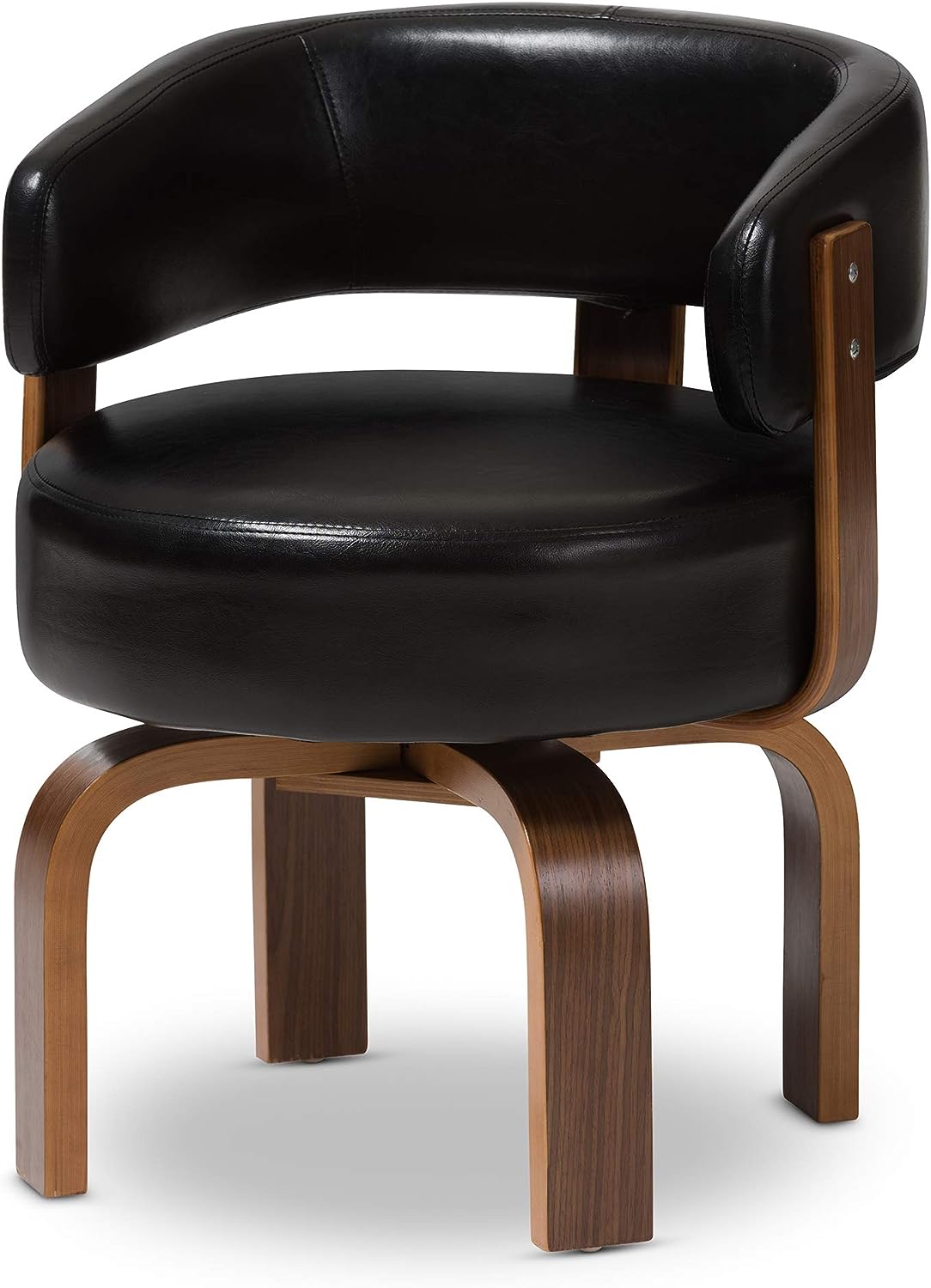 Add laidback comfort to your space with the rich style of the Fortson accent chair. Made in China, the Fortson is comprised of a sturdy walnut brown finished wood frame that is fitted with a plush foam padded cushion upholstered in smooth black faux leather. The rounded backrest provides excellent back support while the swivel chair fully rotates to easily accommodate for any type of space. Assembly is required and four wood legs provide excellent stability while allowing for ample leg room. A unique design focused on maximizing comfort, the Fortson is an easy upgrade to any space.